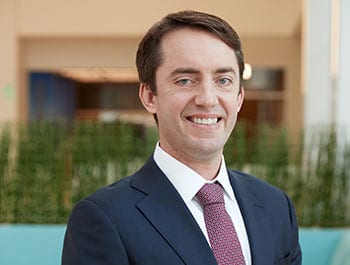 Prior to founding the firm, Mr. O’Reardon was an associate at Robbins Geller Rudman & Dowd, LLP. There, Mr. O’Reardon worked on numerous complex class action litigation matters, including actions involving:

He was also part of the team representing the California Department of Insurance against five of the largest employee benefit insurance companies for violations relating to their failure to disclose payments of contingent commissions to brokers. As a result of the action, all five defendants agreed to sweeping changes in their disclosure practices.

Some of the actions Mr. O’Reardon has litigated include:

With the exception of the Blessing v. Sirius XM Radio. Inc. litigation, Mr. O’Reardon or his firm served as court-appointed Lead or Co-Lead Counsel in each of the above-mentioned class actions. In granting final settlement approval, which included appointing Mr. O’Reardon as Class Counsel, the Court’s order in the Johnson v. Gen. Mills. Inc. (C.D. Cal.) action states that Mr. O’Reardon is “vastly experienced” in consumer class action litigation.

He has also been a member and contributing author for, The Sedona Conference Working Group on Electronic Document Retention and Production.