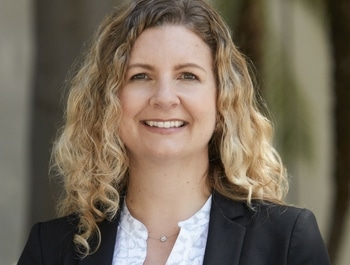 Ms. Brown is a partner with the firm, focusing on complex class action litigation. She has tried class action cases and is involved in the firm’s appellate practice.

Ms. Brown’s career has focused exclusively on litigating complex class actions in federal and state courts nationwide on behalf of plaintiffs. She has extensive experience with all aspects of litigation, has tried class actions, and is part of the firm’s appellate practice group. Prior to joining Blood Hurst & O’Reardon in 2011, Ms. Brown was an associate at the firm now known as Robbins Geller Rudman & Dowd, LLP. While there, she represented plaintiffs in a number of complex consumer and antitrust class action litigation matters involving product safety claims, price fixing and monopoly claims, race discrimination, and false and deceptive advertising practices.

Some of the lawsuits Ms. Brown has prosecuted:

Ms. Brown has authored articles for the American Bar Association and has been an invited speaker on topics including e-discovery and class action litigation. While at California Western, Ms. Brown was a member of the California Western Law Review and authored Parent-Child Relationship Trumps Biology: California’s Definition of Parent in the Context of Same-Sex Relationships, 43 Cal. W. L. Rev. 235 (2006).